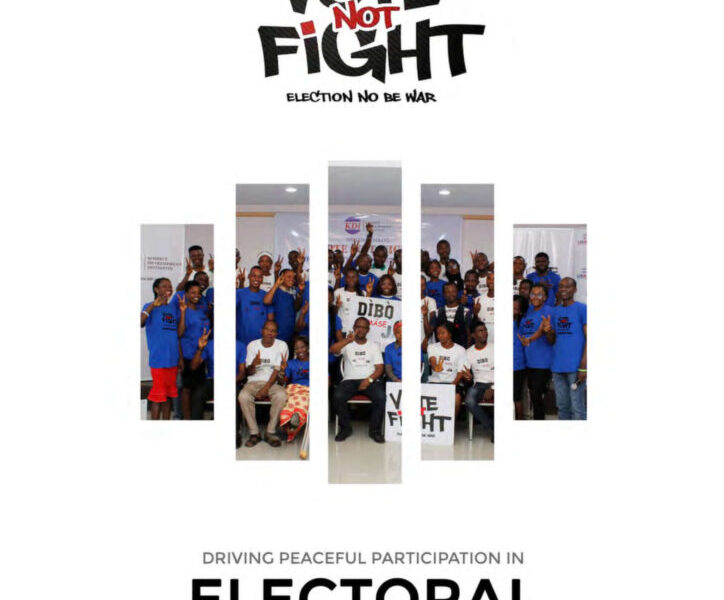 VOTE NOT FIGHT: ELECTION NO BE WAR

The campaign and its Ambassador, 2Baba Idibia also met with candidates of political parties and held a peace concert in Osogbo to sensitize Osun youth on violence free elections. The Vote Not Fight campaign reached uneducated youth, commercial motor and motorcycle unions, welders and other artisans believed to be most vulnerable to sponsors of electoral violence with its message of constructive and non-violent youth participation in the electoral process. 2,000 youth signed pledge cards as a show of their commitment to remain peaceful during the Osun election. The campaign also dedicated weekly radio drama programs, voter education jingles and billboards across the state with key messages to dissuade youth and the electorate against vote buying and electoral violence.

On August 27 and 28, 2018 the candidates of the All Progressives Congress (APC) – Alhaji Gboyega Oyetola, Peoples Democratic Party (PDP) candidate – Senator Ademola Adeleke and the Social Democratic Party (SDP) candidate – Senator Iyiola Omisore signed the #VoteNotFight Peace Pledge as a commitment to Osun people to run campaigns devoid of hate speech, electoral violence and vote buying before, during and after the governorship election on Saturday 22nd of September 2018. The campaign also reached out to all 48 candidates and the executive governor of Osun State, His Excellency, Ogbeni Rauf Aregbesola ahead of the election.

These efforts have no doubt contributed to the peace in Osun State before, during and after the Saturday 22nd of September 2018 governorship election.