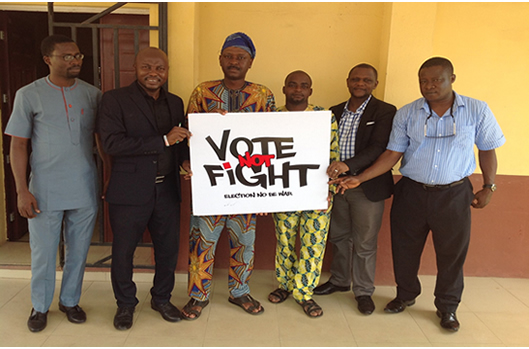 Mr. Sunday Adaje of Youngster stated what the VoteNotFight campaign is all about and the need to partner with NUJ as a very important stakeholder in ensuring a peaceful election. He further said the advocacy visit is to inform the NUJ better on what the set objectives VOTENOTFIGHT is to achieve. The Chairman NUJ responded by promising to partner in spreading the news of #VOTENOTFIGHT.