NOT TOO YOUNG TO RUN PRESS CONFERENCE

The #NotTooYoungToRun is a campaign which seeks to reduce the age limit for elected offices in Nigeria. The movement is aimed at promoting increased youth participation in political process. It started in 2016 with members in all the States in Nigeria, of which Osun state was not an exception. The movement in Osun state, on the 13th February 2018, joined 13 other States to hold a press conference at Kimpact Conference Hall, Ibikunle Area Osogbo, on the state of the age reduction bill at the State House of Assembly.

The press conference started with the reading of the Press Statement by Osun state Coordinator, Bukola Idowu (ED of Kimpact Development Initiative) and in attendance were press men from Rave FM, TVC, City Mirror News, Tribune, Punch and Insight Media. Bukola Idowu said that since the #NotTooYoungToRun bill was transmitted to the 36 House of Assemblies along with other constitutional amendment bills, the bill has been successfully passed in 21 states including three states from South West. He therefore appealed to Osun State House of Assembly to urgently pass the age reduction bill in the interest of the State, Nigeria and our democracy. After the press briefing, questions were asked by the media crew present and questions were also taken from the audience. 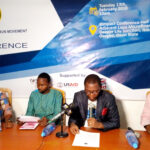 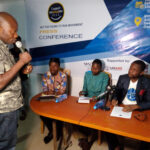