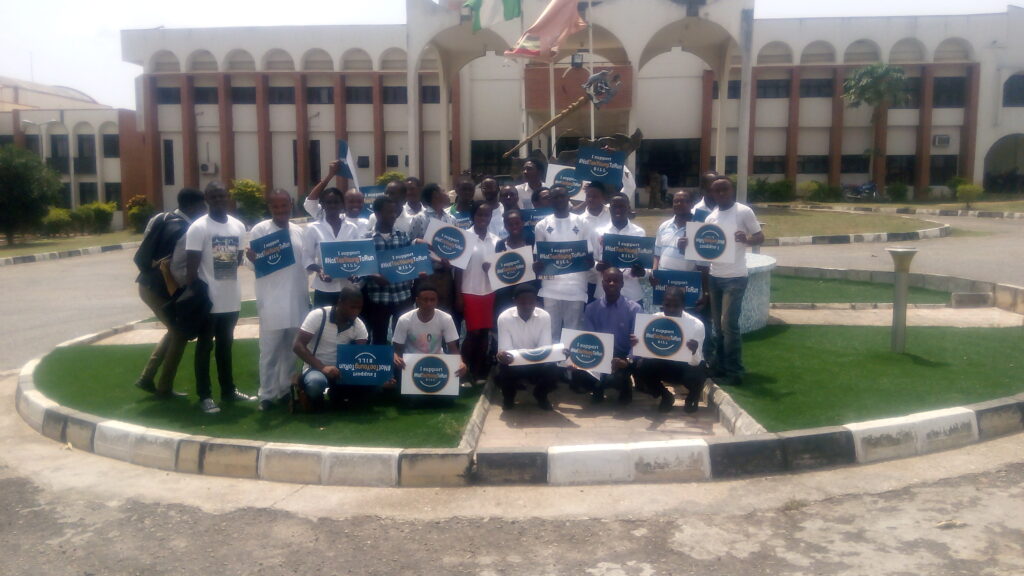 March 31st2017, Kimpact Development Initiative led other members of the #NotToYoungToRun movement in the State to observe the National day of Action. This was done by marching to the House of Assembly to submit the position paper on #NotTooYoungToRun to the Speaker of the House. The movement was received by the Leader of the House, Hon. Timothy Owoeye. The letter was read and presented to him by Bukola Idowu the ED of Kimpact Development Initiative. He accepted the letter and gave his support to the #NotTooYoungToRun bill. He also promised that the House will favorably consider the bill when transmitted to Osun State House of Assembly.

NOT TOO YOUNG TO RUN PRESS CONFERENCE