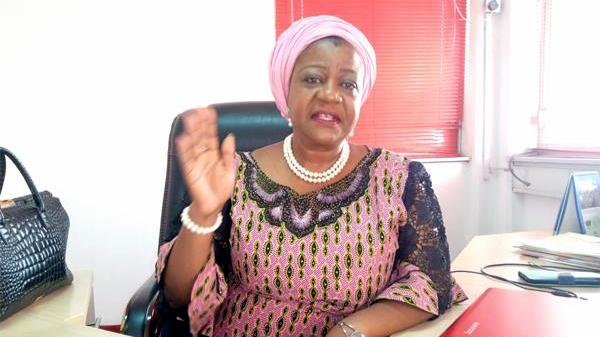 Originally published by The Development Report

Kimpact Development Initiative (KDI) has expressed concern on the nomination of Ms. Lauretta Onochie, a political appointee and Senior Special Assistant to President Buhari on social media as a National Commissioner of the Independent National Electoral Commission (INEC), representing the South-South geo-political zone, adding that, her affiliation with the All Progressives Congress makes her unfit.

According to a release signed by its Executive Director, Bukola Idowu, her affiliation with the All Progressive Congress (APC) makes her unfit as a National Commissioner.

Moreover, KDI said the nomination of a political affiliate negates section 156(1) (a) of the Constitution of the Federal Republic of Nigeria, 1999 (as amended), which provides as follows:
156 (1) No person shall be qualified for appointment as a member of any of the bodies aforesaid if (a)He is not qualified or if he is disqualified for the election as a member of the House of Representatives; provided that a member of any of these bodies shall not be required to belong to a political party, and in the case of the Independent National Electoral Commission, he shall not be a member of a Political Party.

It also stated that, Item F, paragraph 14 (2) (a) of the third schedule of the 1999 Constitution of Nigeria forbids a partisan politician as a member of INEC. It provides as follows:
14 (2) (a) A member of the Commission shall be non-partisan and a person of unquestionable integrity.

“The nomination of Ms. Onochie is an attempt to undermine the integrity of our electoral process as she cannot be separated from her political affiliation, and her neutrality cannot be guaranteed if appointed. This will affect the trust of citizens and water down the effort of both local and international stakeholders to strengthen an unbiased electoral system and election management body.”

The organization, therefore, called on the Senate Committee on INEC to uphold the integrity of Nigerian Constitution and not consider accepting her as INEC National Commissioner representing the South-South geo-political zone, and recommend that a credible and non-partisan person from the zone be considered as INEC National Commissioner in line with the constitution of the Federal Republic of Nigeria.