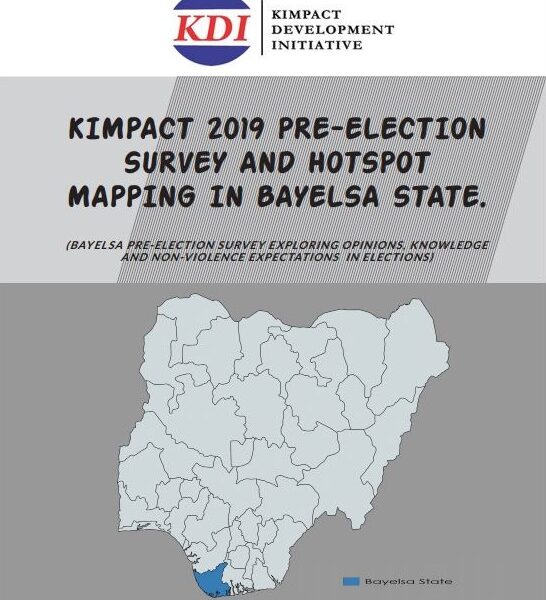 Elections make up the body, soul and spirit of democracy, In true sense election is a democratic process to elect people’s representatives to take part in the governance of a country. It’s an integral part of representative democracy that prevails across most countries of the world. But, how credible and peaceful an election is; determines its democratic measurement.

The transition of gubernatorial power has historically teemed with electoral violence in Bayelsa. For instance, in 2012, political tensions were high, with reported explosions at party secretariats, two bombings suspected to be linked to political tensions around the gubernatorial elections. Cultist violence targeting political aspirants, the assassination attempts on politicians and candidates, and kidnappings. November 2013 election was characterized by kidnapping of youth group members and political allies supportive of one political party, an incident that emanated from continued political tensions surrounding the Ijaw National Congress Elections in October 2012.

Given the history of political and electoral violence, resulting in the 2015 Governorship elections declared inconclusive, the need to assess the political atmosphere in the state for the 2019 gubernatorial election is paramount to provide recommendations for the mitigation of electoral violence.

KDI’s commitment to deepening democratic processes stimulate her to embark on a pre-election survey to assess electoral risk factors in Bayelsa State ahead of the 2019 gubernatorial election with a view to identify hotspot zones and early warning signals that could assist relevant stakeholders, especially the INEC, security agencies and civil society organizations (CSOs) to deploy responses.