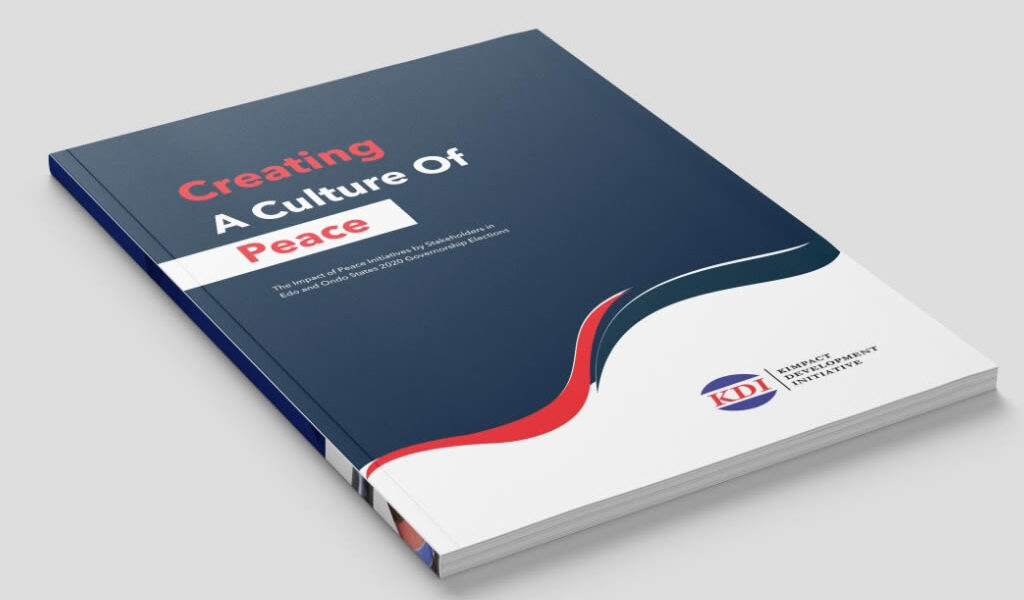 Creating A Culture Of Peace

Edo and Ondo States elections practically witnessed tranquility after the Oba of Benin and the National Peace Committee’s intervention. The incidences of violence and potential for violence, such as Intimidation, harassment, destruction of properties, and physical assault reduced, and the political tension on the high gear dropped drastically. Furthermore, primarily the Edo and Ondo citizens’ mood says’ these governorship elections are relatively peaceful. Some non-state organizations also alluded that there were relative peace and calm in the Edo and Ondo States governorship elections as against the projections before the elections. Also, some schools of thought opposed these declarations.

Nevertheless, the big question remains “Do or does the relationship of these interventions by the high-profile stakeholders such as Oba of Benin and The National Peace Committee contributed to the elections’ peaceful outcome.” To unravel this, KDI conducted a survey in Edo and Ondo States’ post-election environment to poll opinions and views of the citizens towards accessing the impact of stakeholders’ interventions and its relationship to the peaceful outcome of the Edo and Ondo states 2020 governorship elections.

Download the full report: Creating a Culture of Peace